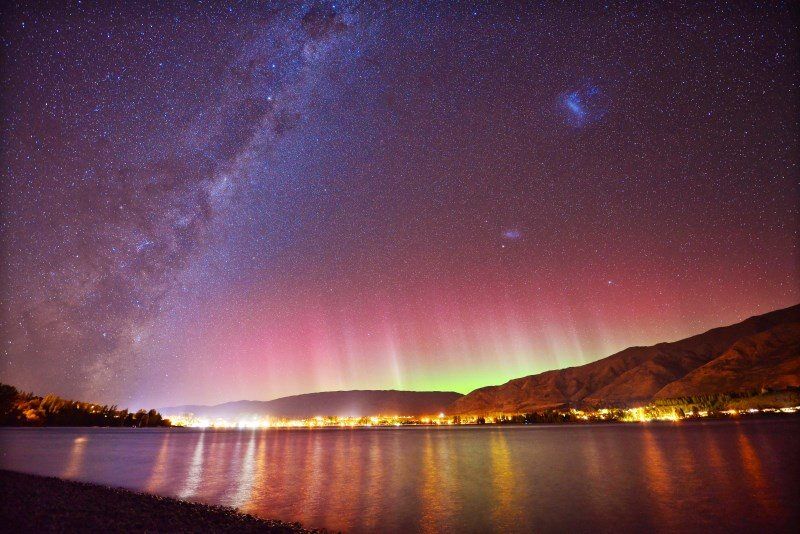 After a day exploring Wanaka with a helicopter ride to Roy’s Peak, panoramic views over the majestic Aspiring National Park and a sunset gathering with some of the world’s best photographers at the infamous ‘That Wanaka Tree’, we heard whispers the Aurora Australis was on its way.

Seriously!? Could Wanaka get any more amazing? Apparently so.

The Aurora Australis (aka Southern Lights) are best viewed when facing south so Wanaka’s Eely Point Recreational Reserve was our pick for the evening’s vantage point. Aurora’s occur when highly charged particles enter the atmosphere resulting in a natural light show across the sky typically near the North or South Poles.

I’ll confess straight up, despite being a professional photographer I had never perfected astrophotography, heck I hadn’t even attempted to do so as I love the sunshine and water so much that I preferred to let the experts capture the stars.

This all changed once astro genius’ Brent Purcell and Shaun Jeffers showed me the settings before the Aurora Australis began. Down by Lake Wanaka with no lights and only our phones to shine on the camera, the settings were put in place and I tested my infinity focus to be sure it was super sharp.

After witnessing such a scene through my lens, I don’t think I’ll ever visit a location and not attempt a night shot again.

Less than ten minutes after arriving at Eely Point we couldn’t believe our eyes. The Aurora Australis had arrived and was dancing before our very eyes. When viewed in person the sky isn’t as strong as the photographs suggest, the lights were more of a pale pink but were strong enough to show us where to point the camera!

Below are the settings I used to capture the night sky…

To ensure I captured enough of the aurora colours I changed between 20-30 second exposures to test which produced the best results. As the lights are constantly changing it’s a matter of playing around to see what works best.

After taking my first shot and seeing just how many stars were looking over us I was instantly hooked. The Milky Way made a very prominent appearance too and after clicking a billion times I took a step away from the camera and just gazed up at the sky in wonder.

Take a peek below at the series of photographs from our evening under the stars in Wanaka, New Zealand… 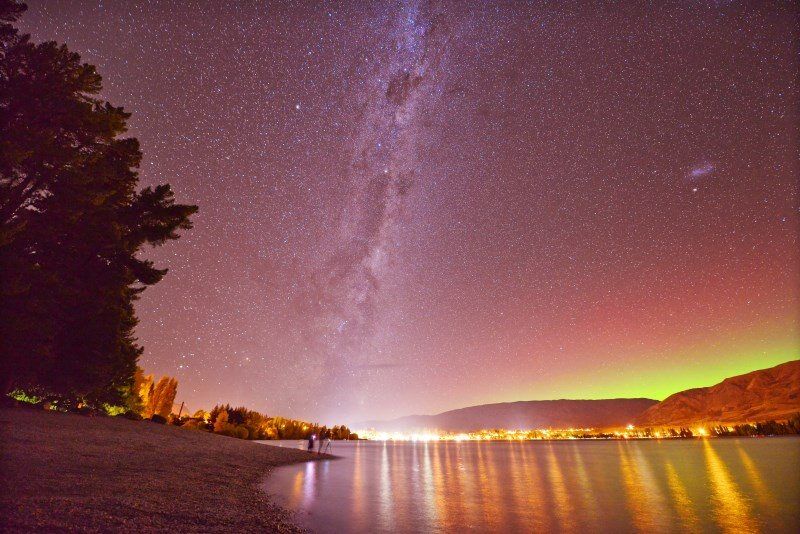 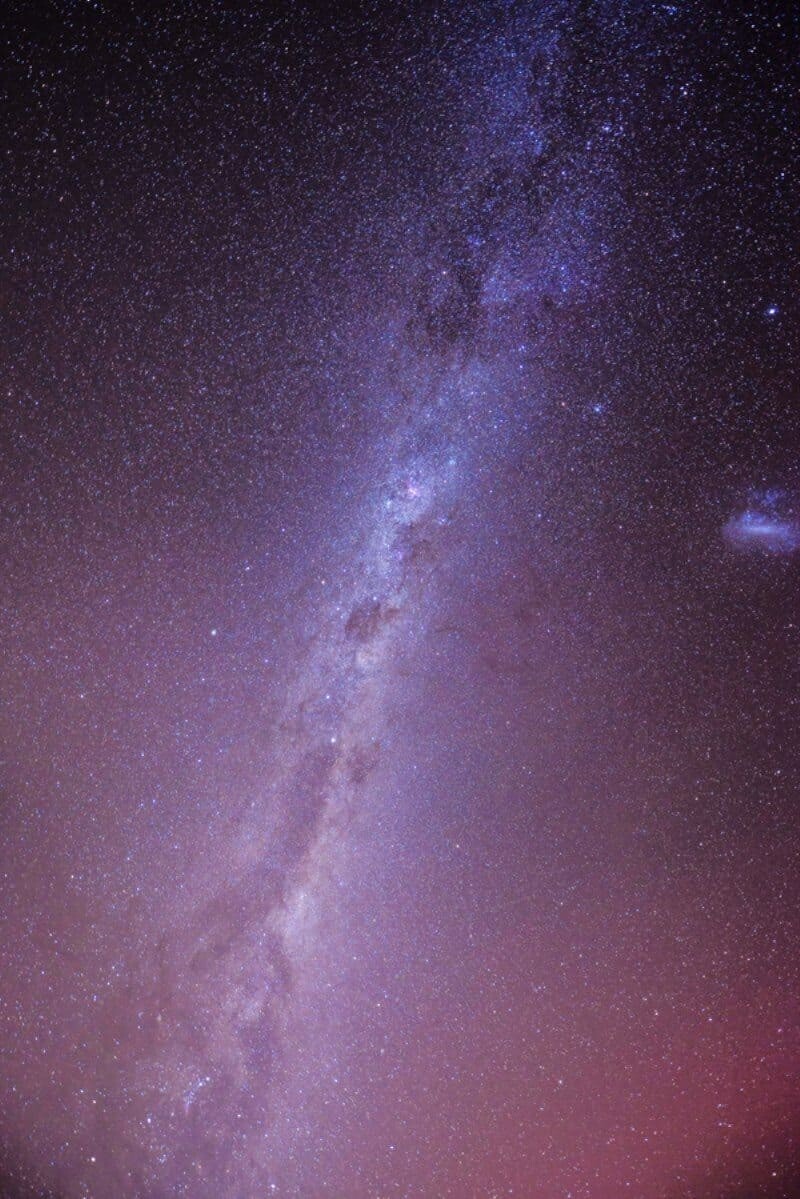 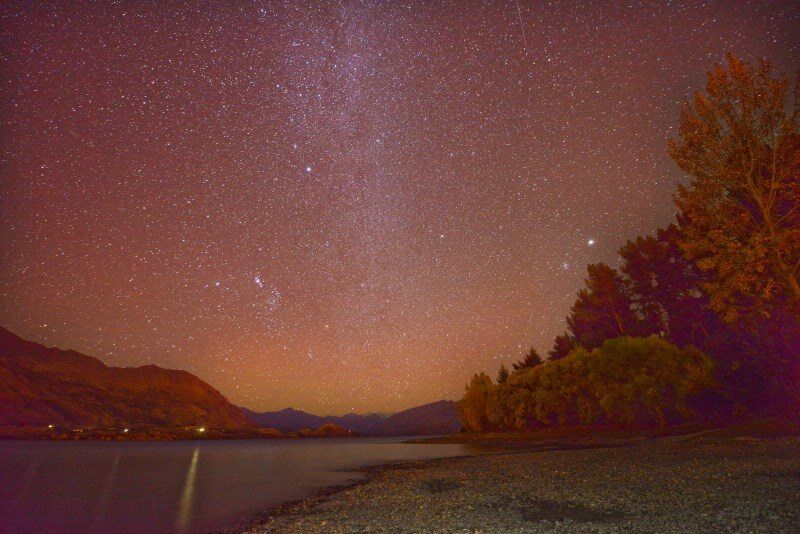 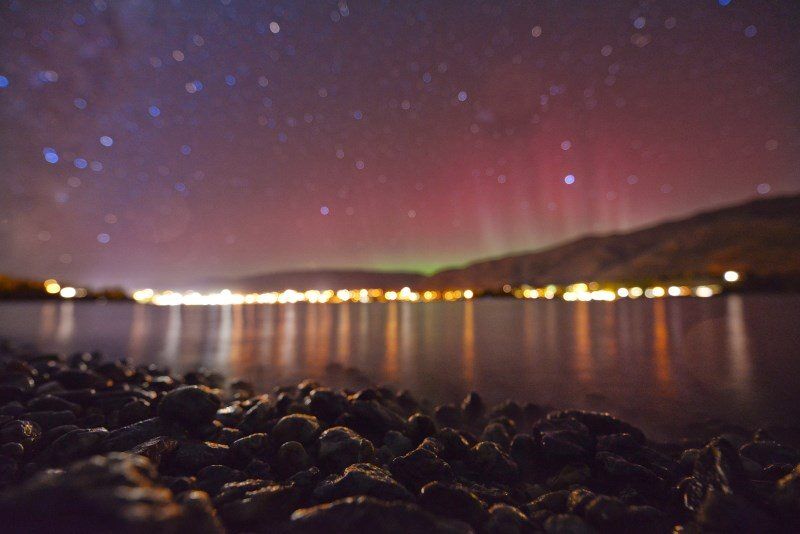 Thanks again to Brent Purcell, Shaun Jeffers and also to Jaharn Giles from Mister Weekender for being just as excited as me to take her first star shots! 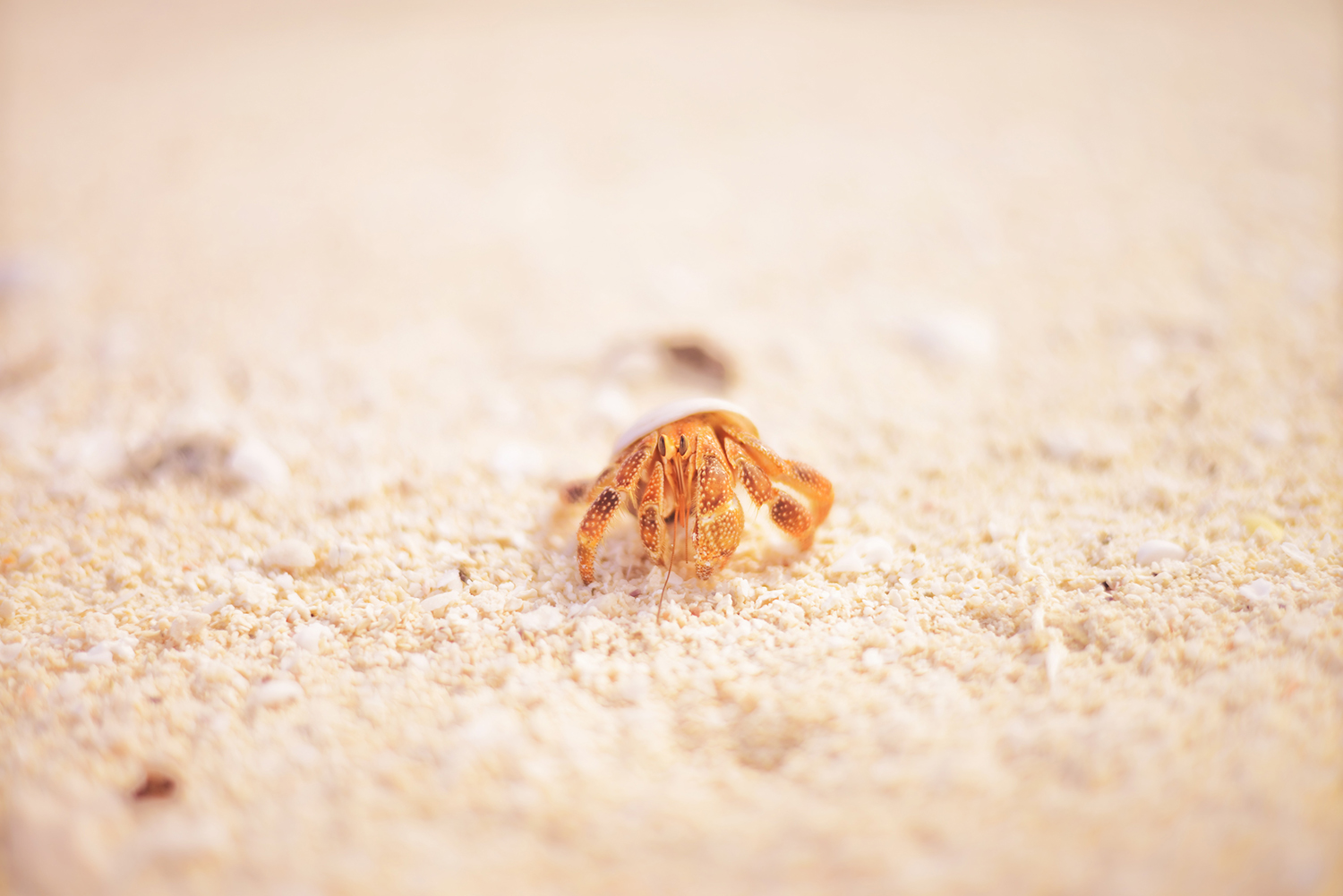 What is Vero and Why Should Photographers Care? 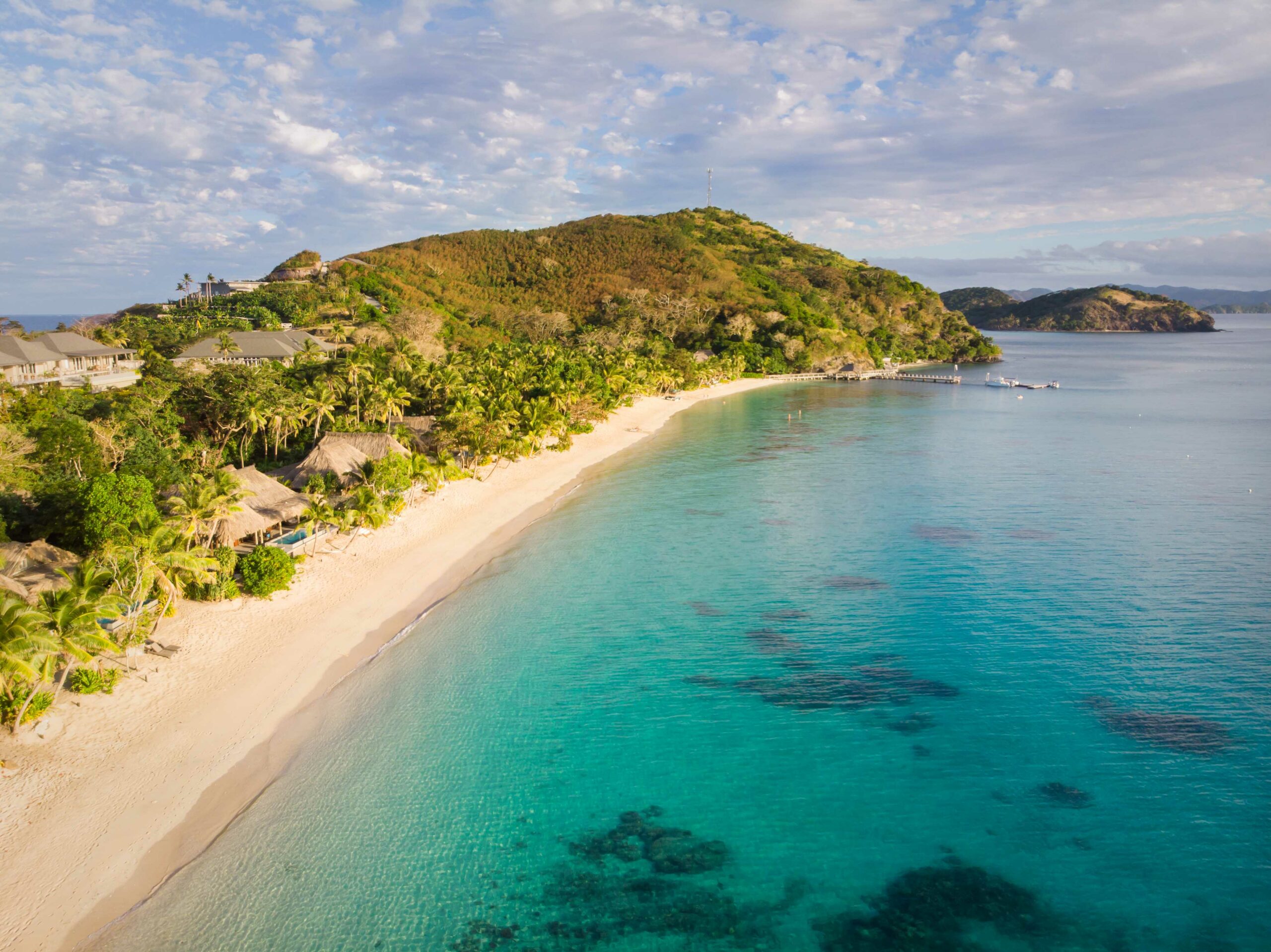 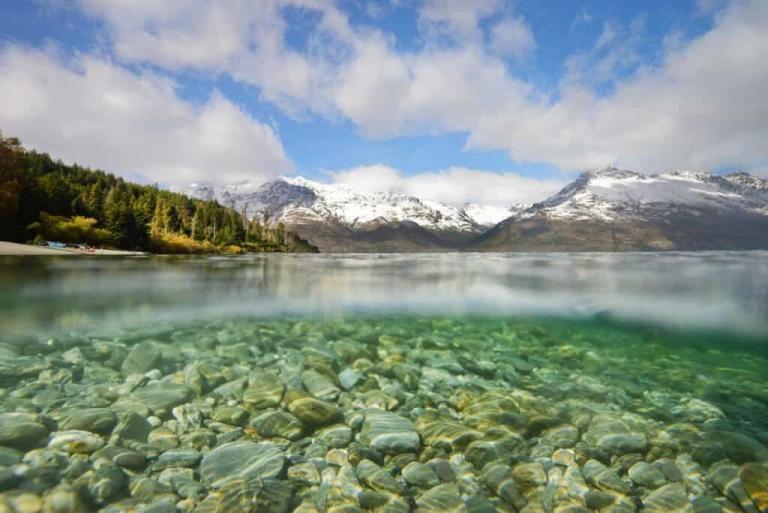 I’m not one bit surprised that your first shots of the aurora came out looking like a professional took them. Great job! I’m curious, though, how does one test their infinity focus is sharp in the dark? That’s a setting I’ve not really used, at least correctly, so I could use the help! 🙂

Hi Sarah! I was adjusting the focus close to the infinity symbol on the lens, taking a photo then zooming in on the image in the playback to check how sharp it was 🙂 I just used a torch to check the lens each time, it took me about 5 shots to find the sweet spot each time
moving it a mm or so to the left or right.

Thanks for the quick reply! That is what I tried to do in Sweden when we were there for the northern lights, but I really struggled getting it right. Most of my photos ended up blurry. I suppose it would have helped to have a point in the distance to check (mountains or something) when I zoomed in, but all I had was stars. I definitely could use more practice with that!

Wow, so incredible! I want to go here.

These photos are phenomenal! What time of the year did you click these? I’m in Wanaka now, but not sure if this is a good time for astrophotography…

Thanks so much, I’m a little jealous that you’re in Wanaka right now! These shots were all taken in late April and I got very lucky with the Aurora Australis! If you go over to Eely Point Reserve the shoreline there provides good views back towards Wanaka and across to Roys Peak…plus it’s nice and dark there. Enjoy your trip 🙂